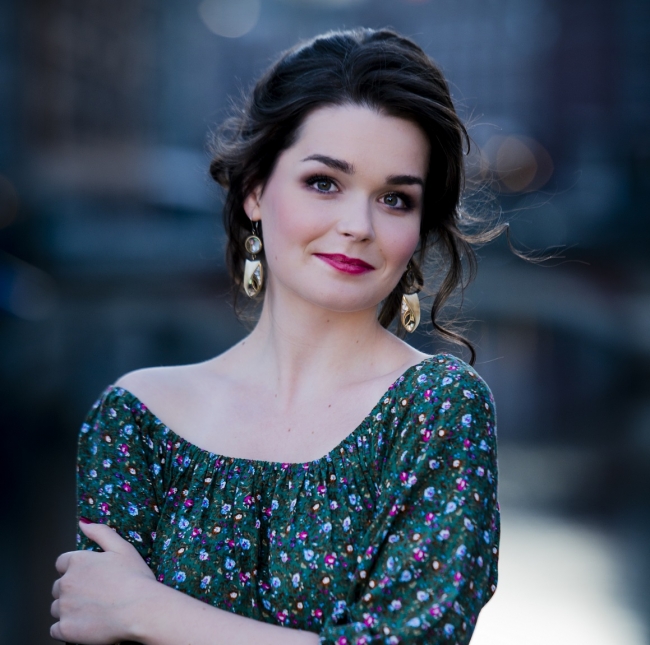 In 2019 Maria Chabounia has participated in Accademia Rossiniana and sung the role of Madama Cortese in Il Viaggio a Reims in Rossini Opera Festival in Pesaro.

Chabounia appeared in Malmö Opera as Gilda in the new production of Rigoletto directed by Kasper Holten. At Bolshoi Teater of Belarus she sung Gilda and Marfa in Tsar's Bride, in Baden-Baden Festspielhaus debuted with the title role of Katze Ivanka composed by Massimiliano Matesic and staged by Vera Nemirova.

Her roles in Hamburg Staatsoper include Euridyce in Teleman's Orpheus, Clorinda in La Cenerentola, Papagena and Barbarina. During her time in Hamburg she worked with conductors such as Ottavio Dantone, Jean- Christophe Spinosi, Renato Palumbo.

Her latest engagements included her debuts at Puccini Festival in Torre del Lago and Opera Vlaanderen as Musetta/LA BOHEME.

Chabounia was born in 1992 in Minsk, where she begun her musical studies as a pianist at the age of 5. In 2016 she graduated from Belarusian State Academy of Music. She has participated in masterclasses of Juan Diego Flórez, Ernesto Palacio, Dmitri Hvorostovsky, Mietta Siegele and Alfonso Antoniozzi