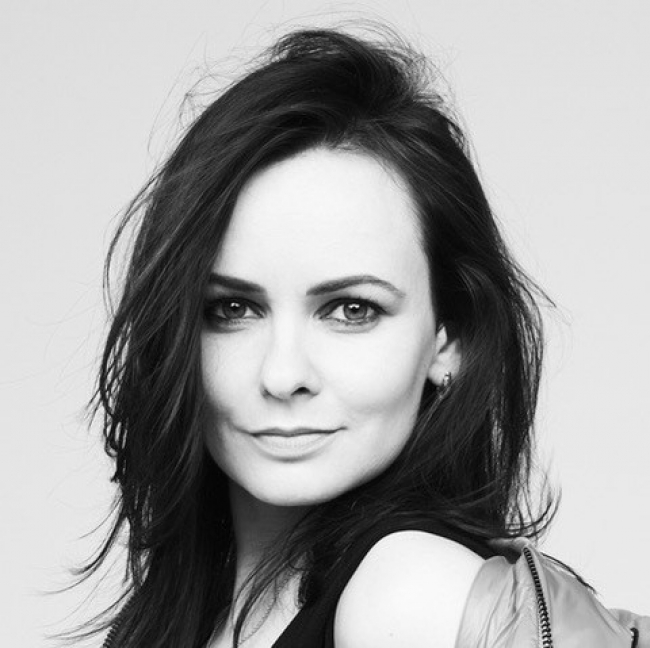 Anna Goryachova was born in Saint-Petersburg, where she started her musical studies as a pianist and then entered in the St.Petersburg State Conservatorium at the vocal department, graduating under the direction of Galina Kiseleva. Anna started her career as a soloist of St. Petersburg Chamber Opera where she sang her first roles such as Donna Elvira in “Don Giovanni”, Marina Mnishek in BORIS GODUNOV, Paolina in PIQUE DAME, under the direction of one of the finest russian stage director, Yuri Alexandrov.

In 2008 she won 2nd prize as well as a special award at the International Voice Competition Galina Vishnevskaya in Moscow and in the year after she was nominated as best female role (Donna Elvira) for the National Theatre Awards “Golden Mask” (Moscow). In 2009 -2011 she did her studies in Accademia di Santa Cecilia in Rome under the direction of Renata Scotto, Anna Vandi and Cesare Scarton and at the Accademia “A.R.T. Musica” with Romualdo Savastano.

Anna made her European debut in 2011 in Antwerp, where she successfully performed the role of Melibea in Rossini’s IL VIAGGIO A REIMS, conducted by Alberto Zedda.

In 2012 she gave her highly successful debut at Rossini Opera Festival in Pesaro in the role of Edoardo in MATILDE DI SHABRAN conducted by Michele Mariotti, success repeated in 2013, when she portrayed Isabella in L’ITALIANA IN ALGERI staged by Davide Livermore.

Since the beginning of the 2012/13 season Anna Goryachova is a soloist of the Zurich Opera, where she has performed several roles: Rosina in Rossini’s IL BARBIERE DI SIVIGLIA, Melibea in IL VIAGGIO A REIMS, Paolina in Tschaikowskij’s PIQUE DAME, the world premiere of the opera ROTE LATERNE, composed by Christian Jost, Adalgisa in Bellini’s NORMA and Dorabella in COSI FAN TUTTE staged by Kirill Serebrennikov.

In 2014 Anna Goryachova made her debut at Paris Opera Garnier (Grand Opera) as Ruggero in Händel’s ALCINA, conducted by Christophe Rousset and at the Teatro Comunale di Bologna as Dorabella in Mozart’s COSI FAN TUTTE, conducted by Michele Mariotti.

In 2015 she made her debut in Amsterdam as Melibea in the brilliant Damiano Michieletto’s production of Rossini’s IL VIAGGIO A REIMS, conducted by Stefano Montanari and in the Opera of Florence as Dorabella in COSI FAN TUTTE.

During the 2017-18 season she performed Paolina in Tchaikovsky’s PIQUE DAME in Amsterdam, the title role in Rossini’s LA CENERENTOLA in Oslo, Carmen at the Teatro Real in Madrid, at the Royal Opera House in London and at the Arena in Verona, Sesto in Mozart’s LA CLEMENZA DI TITO in Antwerpen, at the Vlaamse Opera.

She also successfully made her three important debuts: the role of Klara in a new production of in Prokofiev’s BETROTHAL IN A MONASTERY staged by Dmitrii Tchernyakov and conducted by Daniel Barenboim; the the role of Marchesa Melibea in Bolshoy theatre in Moscow and then Massenet’s Dulcinée/DON QUIXOTTE in Bregenzer Festspiele.