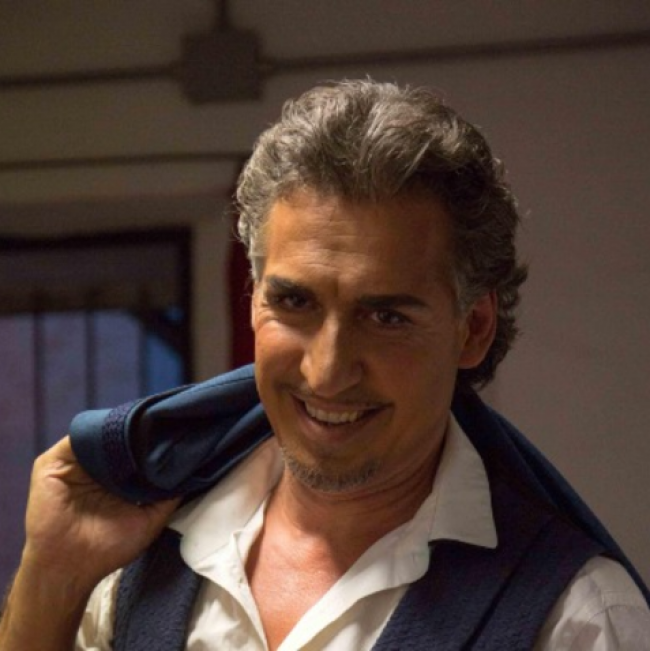 Alberto Gazale was born in Italy.

He graduated with honors from the Conservatoire of Verona, together with University where he studied modern literature. After graduation he attended the Accademia Verdiana of Parma and Busseto (Carlo Bergonzi`s class).

In 1998, he made his debut in Parma as Renato in Verdi`s Un ballo in mascera, and then performed this role at the Arena di Verona for the opening night of the season with great acclaim of critics.

In his career he has received awards dedicated to Ettore Bastianini in Siena and to Aldo Protti in Cremona.

In 2017 he made his debut at Bolshoi Theatre in MANON LESCAUT together with Anna Netrebko and Yusif Eyvazov conducted by Jader Bignamini.

In the last season he made debuts in two important new roles for his repertoire: GIANNI SCHICCHI in Spain and FALSTAFF.

In this season he also sang SIMON BOCCANEGRA and TOSCA in Genova at Carlo Felice theatre and future engagements include IL TROVATORE in the same production together with Anna Natrebko and Yusif Eyvazov at the Arena of Verona as well as CARMEN, RIGOLETTO and BARBIERE DI SIVIGLIA on tour in Japan with Teatro Comunale of Bologna, CAVALLERIA in Bari at Teatro Petruzzelli and again TRAVIATA in Japan before coming back to Moscow at Bolshoi Theatre for MANON LESCAUT.