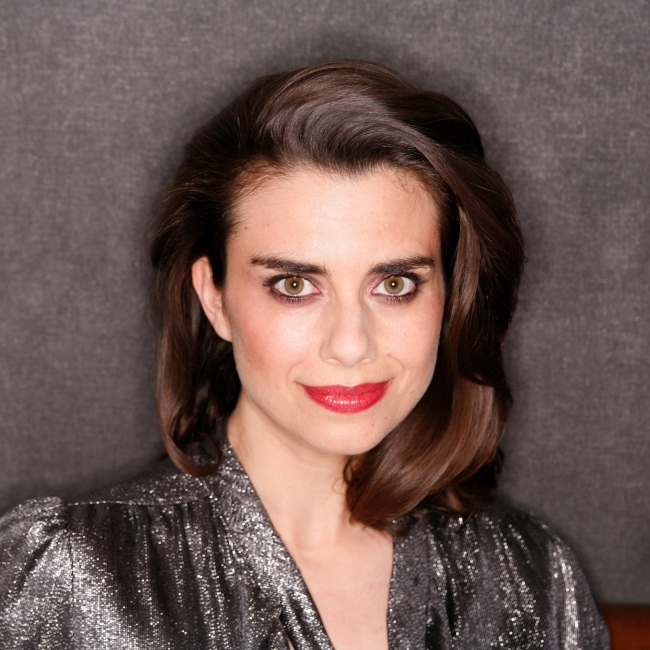 Praised for her unique timbre and glamorous stage presence, Soula Parassidis first appeared on the international operatic scene in 2009 as Fiordiligi in Mozart's COSI FAN TUTTE on tour in France with the Ensemble Philidor directed by Yves Beaunesne and conducted by Francois Bazola. Later that year she was invited to sing at the Festival d’Aix-en-Provence where she performed Diane in ORPHÉE AUX ENFERS, also directed by Yves Beaunesne, conducted by Alain Altinoglu and the Salzburg Camerata, which was broadcast on ARTE on French and German television.

As a member of the ensemble at Oper Leipzig, Soula performed a wide variety of leading roles accompanied by the Gewandhausorchester, including productions of AUFSTIEG UND FALL DER STADT MAHAGONNY (Jenny), DON GIOVANNI, CARMEN, DIE ZAUBERFLÖTE, HÄNSEL AND GRETEL all conducted by Ulf Schirmer, and she also starred in a new production of ADMETO RE DI TESSAGLIA directed by Tobias Kratzer and conducted by Federico Maria Sardelli. During her engagement she had the privilege to work closely with German director Peter Konwitschny in productions of AL GRAN SOLE CARICO D‘AMORE, PARSIFAL, ELEKTRA, AIDA and COSI FAN TUTTE. Since leaving Oper Leipzig, Soula has appeared on several occasions as a guest with the company.

Other notable performances include Soula's Asian debut as Vitellia in LA CLEMENZA DI TITO with the Taipei Symphony orchestra conducted by Benjamin Bayl and directed by Justin Way, Mahler's 4th Symphony at the Orchestre National de Capitole de Toulouse conducted by Giancarlo Guerrero, the title role of VANESSA by Samuel Barber at the Opéra-Théatre de Metz Métropole, where she also sang the Gräfin Madeleine in CAPRICCIO by Richard Strauss, marking her debut in the dramatic fach. She made her debut as Elettra/IDOMENEO at Teatro Massimo in Palermo and in Bordeaux singing Helmwige (and cover Sieglinde) in Die Walküre in spring 2019. In november 2018 she also made her debut at the Theater an der Wien in Handel’s TESEO under the baton of René Jacobs. She also made her debut as Donna Elvira/DON GIOVANNI in China (with the Compagnie Soleil Bleu) and future engagements include her American debut as 1st Lady/DIE ZAUBERFLÖTE at Houston Grand Opera. Other roles that she prepares at the moment include Kaiserin in DIE FRAU OHNE SCHATTEN, SALOME, Chrysothemis in ELEKTRA as well as Elsa in LOHENGRIN.

Concert engagements include the Czech Philharmonic at the Rudolfinum Prague - CORRESPONDANCES by Henri Dutilleux, which was also broadcast on Radio France, the Attersee Festival in Wagner's WESENDONCK LIEDER, BACHAINAS BRASILIERAS at the Berliner Waldbühne, GIUDITTA at the Teatro Massimo Palermo, GIULIO SABINO at the Gewandhaus Leipzig, COSI FAN TUTTE at Theater Athenée Paris, BEETHOVEN 9TH SYMPHONY with the Wüttembergische Philharmonie, as well as operatic performances of COSI FAN TUTTE at the Berlin Philharmonie and at Nürnberg Opera, DIALOGUES DES CARMELITES with Vancouver Opera, LES PECHEURS DE PERLES at Opera Holland Park. and concerts with RTÉ concert orchestra and John Wilson, performing excerpts from DIE LUSTIGE WITWE and DIE FLEDERMAUS.

Born to a Greek father and Irish mother, Soula grew up in Vancouver, Canada and first trained as a flutist and actor before studying voice. She completed her formal education at the University of British Columbia and the Vancouver Academy of Music, subsequently studying in Europe with Brigitte Fassbaender, Cheryl Studer and Karan Armstrong in Innsbruck, Wurzburg and Berlin respectively. Soula has been the recipient of generous support from the Canada Council for the Arts, as well as multiple prize winner in the Metropolitan Opera National Council auditions.