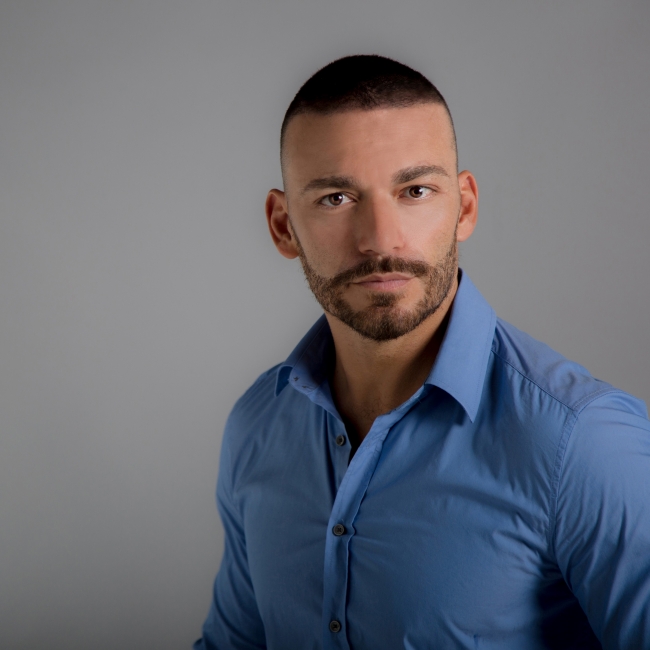 Born in Florence, Gianluca Margheri began to study music dramaturgy in his home town, bevor he started to study singing at the conservatory “Cherubini” in Florence. He attended plenty of master classes, amongst others, by Carlo Miliciani, Josef Loibl, Sherman Lowe, Michele Pertusi and Ildebrando D’Arcangelo. In 2009, he won the international singing competition Toto Dal Monte di Treviso, whereupon he debuted Villotto/LA VERA COSTANZA under the baton of Jesús López-Cobos at Teatro Real Madrid, at Royal Opera Liege and at the theatres of Sanit-Etienne, Rouen and Reggio Emilia.

His career started on several Italian and international opera stages with roles such as Demetrius/MIDSUMMER NIGHT’S DREAM of Benjamin Britten at Teatro Verdi in Pisa, Conte di Almaviva/LE NOZZE DI FIGARO at Teatro Magnani Fidenza and DON GIOVANNI in Curitiba (Brazil), Siena and Florence. He sung Enea/DIDO AND AENEAS as well as SATYRICON in the opera houses of Livorno, Lucca and Pisa and Schaunard/LA BOHEME at Teatro Comunale of Modena. At Teatro Rendano of Cosenza he debuted LA BELLA DORMENTE NEL BOSCO of Respighi, and Gugliermo/COSI FAN TUTTE in Florence and Rome. At Teatro Verdi Trieste and Opera Las Palmas he sung Baron/LA TRAVIATA and at Teatro Filarmonico Verona MANON LESCAUT. Furthermore, he was seen in IL BARBIERE DI SIVIGLIA at Maggio Musicale of Florence and the opera house of Rome. At Festival Alte Musik in Innsbruck he sung Mercurio/L’INCORONAZIONE DI POPPEA and debuted Jago/ERNANI with the Munich Radio Orchestra at Prinzregententheater Munich. He returned to Maggio Musicale to sing DON CARLO and MACBETH and debuted at Teatro Regio of Parma singing Betto/GIANNI SCHICCHI.

Besides his operatic career, Gianluca is an enthusiastic concert singer. His repertoire contains amongst others Charpentier’s TE DEUM, Händel’s MESSIAH, the KRÖNUNGSMESSE, the mass K427 and Mozart’s REQUIEM, G. Faué’s REQUIEM as well as EIN DEUTSCHES REQUIEM of Brahms.

In the summer 2017 he gave his debut at Rossini Opera Festival Pesaro as Asdrubale/LA PIETRA DEL PARAGONE under the baton of Daniele Rustioni. Furthermore, he made another debut in the role of Raimondo/LUCIA DI LAMMERMOOR at Teatro Petruzzelli in Bari. He sang Conte/LE NOZZE DI FIGARO at Teatro Lirico of Cagliari, Apollo/ALCESTE at the Opera Firenze and sang the world premiere of the opera MINOTAURO at the Spoleto Festival.

In the season 2018/2019 he will sing Guglielmo/COSI FAN TUTTE in Fano before he will give his debut as Papageno/DIE ZAUBERFLÖTE in Catania. He will also make hisdebut as Garibaldo in Händels RODELINDA at Teatro Liceu Barcelona and return to the Budapest State Opera for THE FAIRY QUEEN.