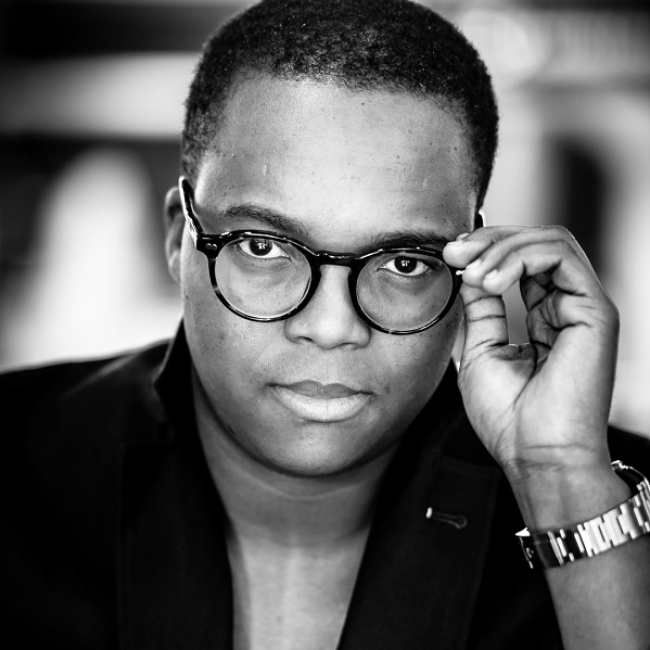 The young, South-African tenor Levy Sekgapane studied under Kamal Khan and Hanna van Niekerk at the South African College of Music at the University of Cape Town. Already during this time, he participated in different opera productions in South Africa. Winning the 1st price at the International Belvedere singing competition as well as the 1st price at the Monserrat Caballé singing competition in 2015, he became known in the international opera scene. In the summer of 2017, he won the 1st price at Placido Domingo’s OPERALIA, whereupon many debuts at major opera houses, like Paris National Opera, Bavarian State Opera Munich or Liceu Barcelona, followed.

He started the 21/22 season with his debuts at La Monnaie in Brussel with the world premiere of THE TIME OF OUR SINGING and at Los Angeles Opera he gives his US debut as Ramiro in LA CENERENTOLA, followed by Conte Almaviva/IL BARBIERE DI SIVIGLIA at Malmö Opera. He will return to the Hamburg State Opera in the part of Ernesto in a new production of DON PASQUALE and sing recitals and concerts at Theatre Capitole Toulouse, the Salle Gaveux in Paris, Auditorio Paganini in Parma, Basilca Santa Maria del Mar in Barcelona and at Vienna State Opera.

Future projects will bring him to Opera Zürich, Theater an der Wien in Vienna and Opera di Monte-Carlo. He will return to Semperoper Dresden, to Vienna State Opera and Théâtre des Champs-Élysées in Paris.

In the last seasons he gave his debut at the Rossini Opera Festival in Pesaro and at Wexford Opera with Rossini´s ADINA. Furthermore, he debuted at the Opéra Royal de Wallonie Liège with LA CENERENTOLA and returned to Bavarian State Opera Munich to sing the same role. With IL BARBIERE DI SIVIGLIA he returned to Teatro Massimo Palermo and gave his South America debut in Santiago di Chile and sung for the first time at the Donizetti Festival in Bergamo. As Conte d’Almaviva he gave his house debut at National Opera Bordeaux and he returned to State Opera Hamburg to sing IL TURCO IN ITALIA. In the new production of IL BABRIERE DI SIVIGLIA in Glyndebourne Levy gave a wonderful Conte d’Almaviva. Besides that, he gave his house and role debut as Ernesto in Donizetti’s DON PASQUALE at Latvian National Opera Riga. With his debut as Arbace in Mozart’s IDOMENEO he gave his debut at the Salzburg Festival.

Other highlights of his young career include his debut as Conte d’Almaviva at National Opera Paris and at German Opera Berlin. At the Royal Opera Copenhagen, he sung the Conte di Libenskof in a new production of IL VIAGGIO A REIMS. He debuted as Ramiro in LA CENERENTOLA at Bavarian State Opera and Hamburg State Opera. During the Whitsun Festival at State Theatre Wiesbaden, he debuted as Nemorino in Donizettis L’ELISIR D’AMORE. On the concert stage he gave his debut at Elbphilharmonie Hamburg singing the first New-Years-Eve-Gala concert together with Olga Peretyatko under the baton of James Conlon.

In August 2019, his first solo CD with Rossini arias was released by Prima Classic – recorded with the Munich Radio Orchestra conducted by Giacomo Sagripanti.