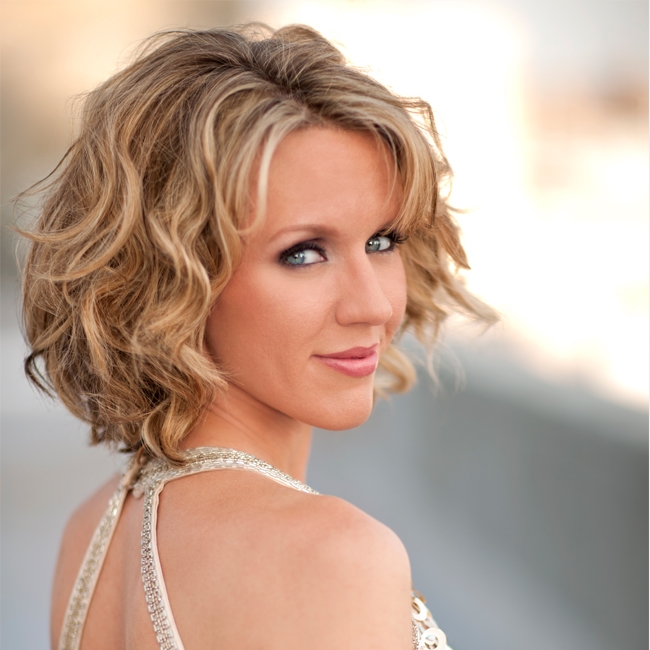 American soprano Sarah Coburn is captivating international audiences with her "precision placement, mercury speed, and a gorgeous liquid gold tone, gilded by a thrilling top and bottom register" (The Globe and Mail). Following her performances as LUCIE DE LAMMERMOOR at Glimmerglass Opera, the New York Observer noted "she turns out to have qualities that have made legends out of so many of her predecessors, from Adelina Patti to Maria Callas: stage charisma, a thrilling upper register and, crucially, a fearlessness about abandoning herself to opera's most abandoned heroine ... this is a palpably exciting voice ... Ms. Coburn is a budding prima donna of exceptional promise."

Since her degree at Oklahoma City Universität Sarah made a name for herself in North-America and was invited to many famous opera houses, such as Washington National Opera, Boston Lyric Opera, Seattle Opera, Los Angeles Opera or L’Opéra de Montréal. Her presence was not limited to North-America, she also came to Europe and sang, amongst others, at Vienna State Opera or Tivoli Festival Copenhagen.

In the last seasons she was seen as Gilda/RIGOLETTO at Oper Arizona, as Juliette/ROMEO ET JULIETTE at Opera Tulsa and returned as Zerbinetta/ARIADNE ON NAXOS to Seattle Opera. With the Händel and Haydn Society she had sang Mendelssohn‘s ELIJAH at Boston Symphony Hall. She interpreted the role of Marie/LA FILLE DU REGIMENT at Seattle and Tulsa Opera and was heard as Amina/LA SONNAMBULA at Vienna State Opera, during operatic concert at Cincinnati Opera and in addition with Moscow Philharmonics. At Washington National Opera she interpreted Adina/L’ELISIR D’AMOUR and sang Rosina/IL BARBIERE DI SEVIGLIA at Boston Lyric Opera, at Florida Grand Opera and at Los Angeles Opera. Furthermore she was heard as Lucia/LUCIA DI LAMMERMOOR at Washington and Tulsa Opera.

Other highlights of her career include the role of princess Yue-Yang at the world premiere of Tan Dun’s THE FIRST EMPORER Metropolitan Opera together with Placido Domingo. She sang Euridice in Haydn’s L’ANIMA DEL FILOSOFO conducted by Sir Roger Norrington, was soloist in MESSIAH with Seattle Symphony and Philadelphia Orchestra and in addition she worked with New Jersey Symphony Orchestra (CAMINA BURANA). To her wide repertoire also belongs the role of Elvira/I PURITANI, the title role of LAKME and LINDA DI CHAMOUNIX, Giulietta/I CAPULETI E I MONTECCHI, Norina/DON PASQUALE as well as Kitty in ANNA KARENINA.